A lot of people love these two images on my website and always ask how and where they were done. There’s not much of a mystery and apart from a tiny tweak of contrast they are pretty much ‘as shot’.  They were each a single shot, with no chance of repeating if I missed them.   James Storey commissioned the photography from me when he was setting up Brighten Up. James and I had worked together a few times before and we met up to discuss the idea. He showed me  the scamps (sketch of the idea)  he’d drawn – there were six different shots in total, but these two were going to be the hardest – and I went away to work out how  to capture the images. They had to be at night and on the beach and for them to work well the lighting was crucial.  I opted to light them with a couple  off camera flashes triggered remotely, setting up studio flash in those conditions out doors would have been a nightmare and looking back wouldn’t have worked nearly as well, I won’t bore you with the reason why, but they wouldn’t have had the crisp frozen fluid look.  We did a few test shots with the models in place but no paint and then went for the image fairly quickly.  As it was getting darker by the minute the exposure had to be a  second long to pick up a bit of colour in the night sky, and for this reason there was only one shot possible.  Well  photography is all about the decisive moment and that’s what I really love about it! Seconds later we were looking at what you can see now and the shivers going down my spine weren’t caused just by the cold!!! 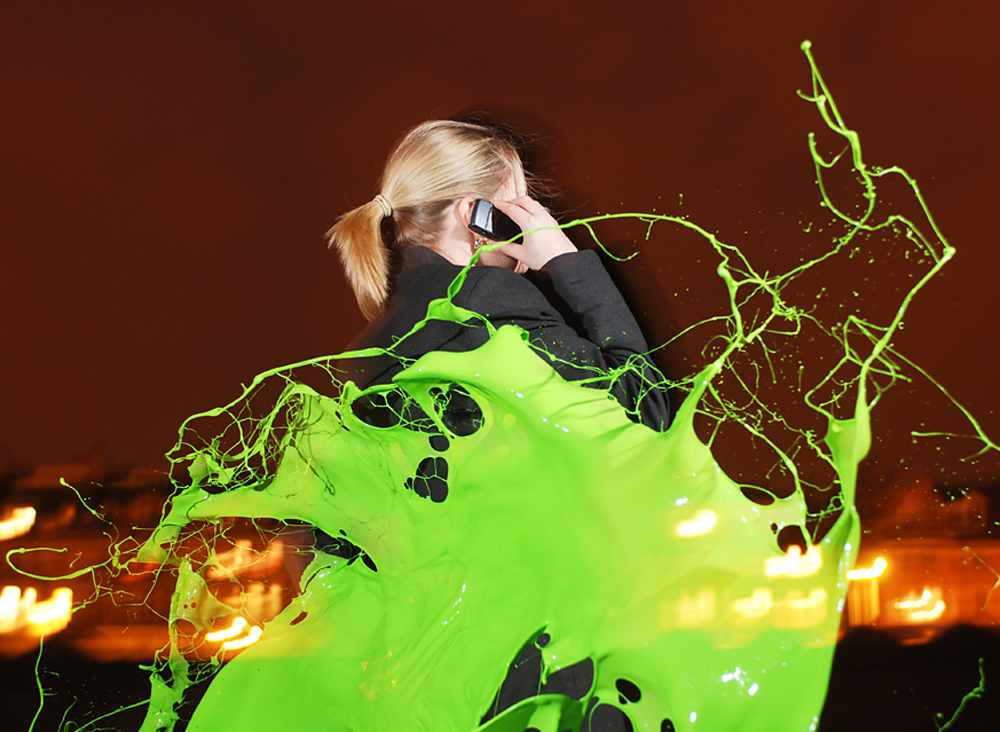 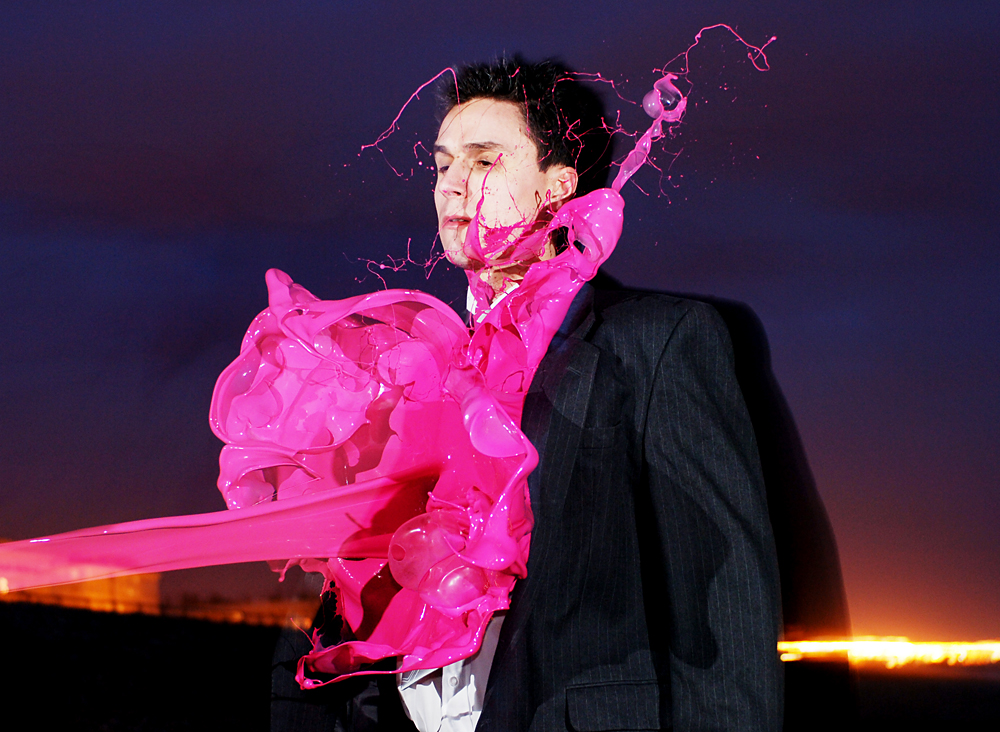